Many people may have heard someone mention Moringa, but still asked themselves “What is Moringa?”. Moringa Oleifera, commonly called the ‘drumstick tree”, and ‘horseradish tree’ is native to India but has been planted around the world and is naturalized in many countries. Moringa is one of the most powerful health-enhancing plants yet known to man. While many things found in nature can have one or two health benefits, Moringa has a multitude of benefits. A simple answer to the question, “What is Moringa?”, is that Moringa is a superfood that contains more nutrition in the leaf than any other plant yet known.
Click below on plant parts to learn more! What is Moringa? Moringa is a tree with very powerful leaves! It is best known as an excellent source of nutrition and natural energy booster. This energy boost is not based on sugar, or caffeine so it is sustained.

Whenever using Moringa or any other plant as a food or medicine, always begin slowly and observe any reactions.  Slowly increase Moringa to the level that feels right for you.  Many people are now using Moringa leaf for a whole host of ailments with positive results.  Universities, and medical schools and labs are testing Moringa for a multitude of diseases.  Many of our customers have reported that Moringa has healed many diseases and ailments. As these results are reported, we learn the vast curative properties Moringa possesses. 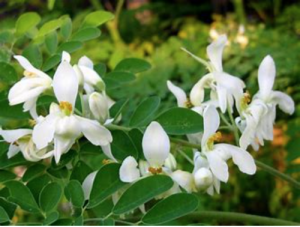 Moringa flowers are beautiful and slightly fragrant. They are very individual in their appearance with many variations. They grow in clusters and range in color from white to cream. 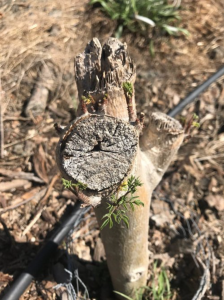